Did you know that keeping secrets can be super-duper-difficult to keep? And there are such things as psychics?

One morning my pancake syrup stained t-shirt wearing little brother ran out of his room and down the hallway like he was having a one-person race. He was carrying a toy model airplane he called Quincy – like Quincy Battlefoot, the famous fighter pilot that had ever lived. He was Jackson’s favorite hero in the whole world. You could take him to see a superhero movie but he will always say Quincy is his favorite on planet Earth! 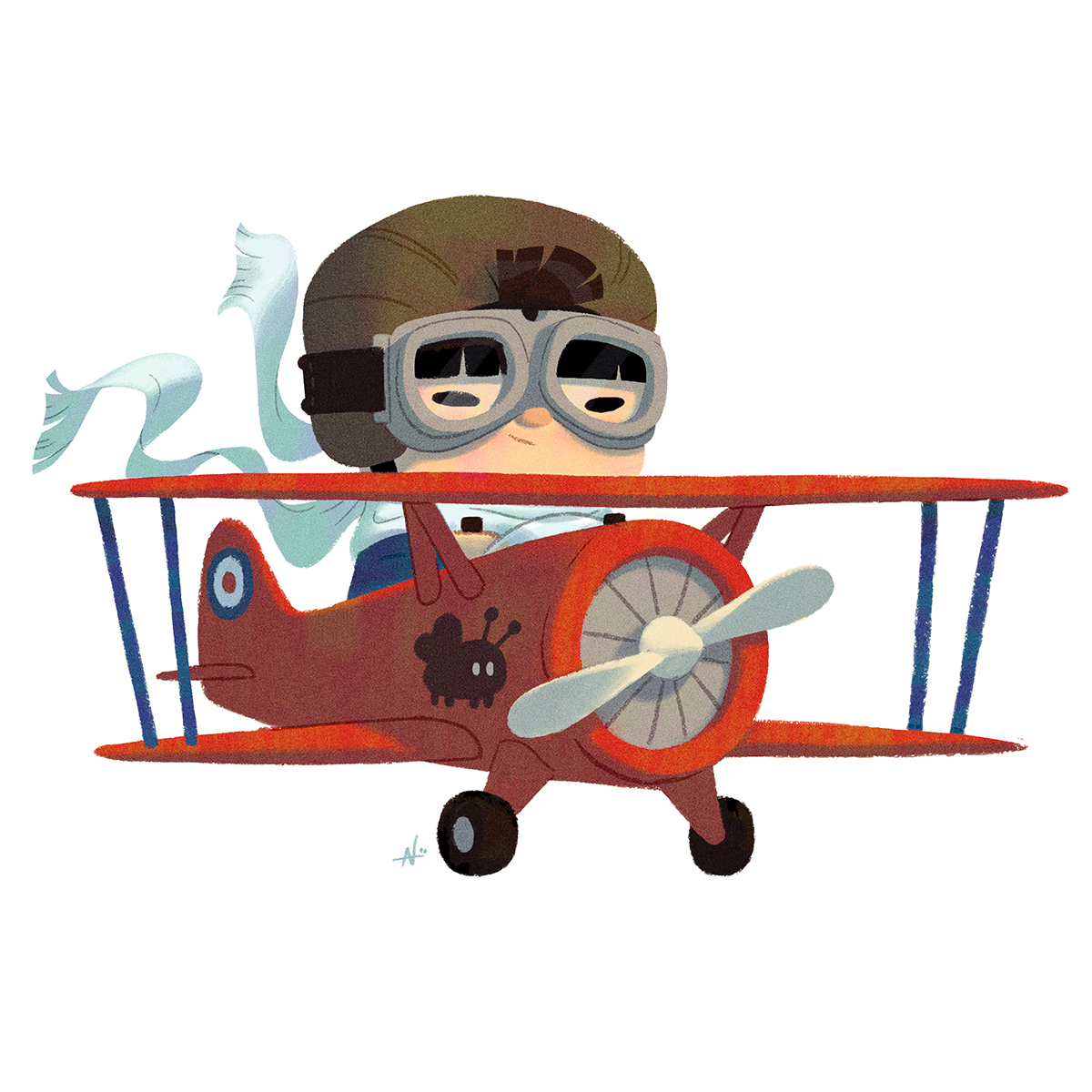 I, however, Rilee, two years older than little Mr. pancake-syrup stain, walked down the stairs (and without falling this time) and to the kitchen where breakfast was waiting.

“Mom! Grandma and Grandpa are not going to like it when they’re here tomorrow,” said Rilee.

“They’re going to think an earthquake is coming through the roof.”

“You know your brother – as long as he’s not breaking anything, you will leave him be,” said Rilee’s mom.

That was her mom’s way of saying she doesn’t have the energy today to chase him around the house. I don’t blame her because I don’t either. And dad has already left for work so there was only us to wrangle him like cattle.

Rilee looked at the clock on the wall; they both only had twenty minutes to be outside and catch the school bus. She scarfed down her pop tart and orange juice before getting her school clothes on. They both took the same bus.

“Jaaaaaccck” she called out from the bottom of the stairs towards his room upstairs.

He didn’t answer back. She quickly climbed the stairs and opened the door to his room where she found him gluing together with another toy model airplane.

“Hey, stink! We have to go now!” Rilee reminded him.

“I know, I know! I’m just trying to get this piece glued before we go” Jackson replied.

Once he was focused on something like a television show or a new craft, it was almost impossible to get him away from it.
Rilee sat down on his bed as she waited for him.

She heard a snap and a pop!

She was sitting on something you wouldn’t normally leave on her bed.

With Jackson’s back turned, she stood up enough to see what she sat on.

OH-NO!! she screamed quietly in her head.

It was everything she hoped it wouldn’t be.

Rilee & Jackson both step off the bus at Lake Pleasant Elementary. She walks Jackson to his first classroom before going to her homeroom – lucky number 7. But it had an “A” next to it, too, so it had to stand for “Awesome”. Rilee didn’t feel so awesome, though. She felt like the biggest, evilest villain in the world. Like the nasty old Red Baron from Jackson’s favorite book. Only she didn’t have a weird, thin curly mustache. She even thought about drawing one on with her marker.

Mr. Cranberry, Rilee’s teacher, took attendance like always. Talked about some kind of fun fact which was not always “fun” to her as Mr. C likes to put it. He started talking about chipmunks. Rilee never cared too much for the chipmunks in the tree outside her home.

“Every fall, chipmunks store up on acorns and other foods to prepare for the winter,” her teacher said to his classroom. Rilee couldn’t hear a word he was saying as every other word was interrupted by the thought of accidentally breaking her brother’s favorite toy in the whole wide world.

“Chipmunks like to slowly break acorns down so they are easier to eat,” her teacher went on.

Rilee quickly sat up straight in her chair and focused on her teacher.

Her leg shook up and down as if she was nervous.

No! This was the beginning of a panic attack.

Of course, Rilee felt super-duper terrible about breaking her little brother’s favorite toy in the whole wide world. But she didn’t know what to do. Should she tell him? It was an accident, after all.

“Silly question, but if a chipmunk breaks an acorn, could it be put together again with silly glue?” asked Henry.

“Now, now, class, settle down,” Mr. Cranberry said to all the kids laughing.

“There is no such thing as a silly question, Henry – remember that” he assured him.

Rilee thought about asking her teacher for advice on what to do but felt uneasy.

This is the kind of stuff you keep in your head she thought.

The final bell rang and both Rilee and Jackson were on their way home from school.

“Why is the bus going so slow today?” she asked her best friend Sam.

“It’s going the same rate of speed like always, you goof,” said the wisest, glasses-wearing kid in her neighborhood.

Rilee leaned her head on the window and watched the trees, then the cars, shops, and other houses pass by. A not-so-happy feeling built up in her stomach the closer the driver came to their house.

When they both made it home, Jackson, like always, ran as fast as he could into the house and up the stairs to his bedroom to play pretend with Quincy.

Before she could even get to the front door, she heard him screaming so loud it made the neighborhood dogs bark.

Rilee felt like she was about to be sick to her stomach.

Jackson ran down the stairs sobbing, snot hanging out of his nose.

She couldn’t let him find out it was her who sat on it and broke it into several pieces.

“What did you do, Jacks?!” she yelled trying to hide her guilt.

“It was on m-m-my bed just fine before we left for s-s-school,” he continued crying.

Rilee’s heart felt like it was sinking to the bottom of the ocean. She didn’t know what to do or how to break it to him that it was she who broke it. She quickly began thinking of as many ways as possible to keep it from him. After all, it’s not like she could hide away like how chipmunks do.

Rilee didn’t like the cold but she knew how to build herself a campfire. Her best friend Sam taught her at summer camp last year. She would do anything to get out of telling him it was her. And that meant hiding away in the forest forever.

Later that night, Rilee and Jackson sat at the family table for dinner. Jackson carried the broken pieces of Battlefoot’s airplane with him from his room. He kept his head down, barely eating his favorite dinner: macaroni stroganoff. Mom always made that for him every time he was really upset. And tonight he was super-duper upset.

The next day, Sam & Rilee sat next to each other on the school bus. Sam could read her like a book. That’s one of those fancy things adults say when they know another adult is upset without saying it. And Rilee had a lot to be upset about.

“Promise me you’ll keep it a secret?” she asked Sam.

Sam (by the way is short for Samantha – probably should have said that earlier), knew it was something super-duper serious if she was asked to double pinky swear.

“Spill” she whispered as she double pinky swore.

Rilee told her everything. The break, the crying, the butterfly’s wrestling inside her stomach.

“Just tell him the truth; it was an accident.” Sam said.

“Accident or not, Sam, I’ll be, like, grounded to Antarctica until I’m old and grey!” said Rilee.

“You know I hate the cold!”

“Yeah, every year you ask Mr. Grouch to turn on the heat when everyone else is still in a t-shirt and shorts,” Sam laughed.
Sam was of no use.

She had to find some clue as to how to get out of being grounded to Antarctica.

A lightbulb went off above Rilee’s head!

“I’ll talk to Ms. Penny!” she yelled. Almost all of the kids on the bus stared back at her and Sam.

Ms. Penny loves crafts and toy houses. Every year she builds a huge miniature village in the computer lab. She could ask her for some clues & ideas.

It was lunchtime at Lake Pleasant Elementary. She and Jackson had the same time for lunch on Wednesdays. His friends were showing their toy planes but not Jackson. She busted his favorite plane in the whole wide world. Remember?

Rilee needed to do something and quickly. She hated seeing him upset but she also didn’t want to tell him it was her.

Lunch was over and class after class came and went.

Rilee held her arm up, waving it around for Mr. Cranberry to notice her.

“I accidentally left an assignment in the computer lab when I was at lunch.” She was not an expert liar whatsoever. She just needed to get a reason to go see Ms. Penny who could possibly solve all of her problems.

Did it work? She thought to herself.

She didn’t wait one more second before dashing out of the classroom like how Jackson does almost every morning coming out of his bedroom and down the stairs.

Ms. Penny answered the computer lab door. Ms. Penny is a stout old lady with thick glasses and curly white hair. She always smelled of fresh-baked cookies, too, which always made her stomach rumble.

Rilee gave Ms. Penny a second-by-second account of what happened. And how terrible she felt about keeping it a secret from her brother. He may be a snot-nosed brat sometimes but he was her brother. She hated seeing him upset.

“Well, my dear, just ask your parents to take ya to Mr. Wooly’s on 8th street,” Ms. Penny said. “They have all sorts of toy model airplanes.”

“They even might have Quincy Battlefoot’s famous P39 airplane.”

The final school bell rang – Rilee, Sam, and Jackson rode the bus back to their neighborhood together. But Jackson was still looking gloomy. He caught Rilee smiling a bit, though. She was trying to contain her excitement that she just might not get in trouble after all.

Her smile didn’t last long because she forgot one BIG detail.

They must cost like….hundreds of dollars I bet she thought to herself.

“Mooooom?” Rilee called out to her mom like usual to let her know they made it home from school each day.

YES! It’s working! Her plan was coming together smoothly.

“It’s nice of you to get him a new airplane after you sat on and broke little Battlefoot.”

HOW DID SHE KNOW?!

Rilee stood in the kitchen, silent. Her jaw nearly touched the floor.

“Us moms know all and see all,” her mom continued.

Rilee and her mom were talking in a real low and hush tone because they didn’t want Jackson to hear what really happened.

“If you came to us sooner, you wouldn’t be in as much trouble as you are in now,” said her mom.

Rilee didn’t like how that sounded. She was already beginning to imagine packing up all of her stuff in her bedroom to move to Antarctica and stay there till she was old and gray.

“Antarctica can’t be too bad, right?” she thought to herself.

It has penguins. Maybe she could make friends with the penguins and become their new queen.

“We’ll take you to Mr. Wooly’s but only after you do YOUR entire list of chores and your brother’s, too.”

Being the frozen queen of all penguins in Antarctica was starting to sound better and better.

One by one, Rilee completed all the chores off her list and his, too. She became sourer and mean with each one she completed.

When she woke up, she saw her grape jelly stained t-shirt wearing brother smiling, holding a brand stinking new P39 airplane for his super-duper and most favorite hero in the world – Quincy Battlefoot.